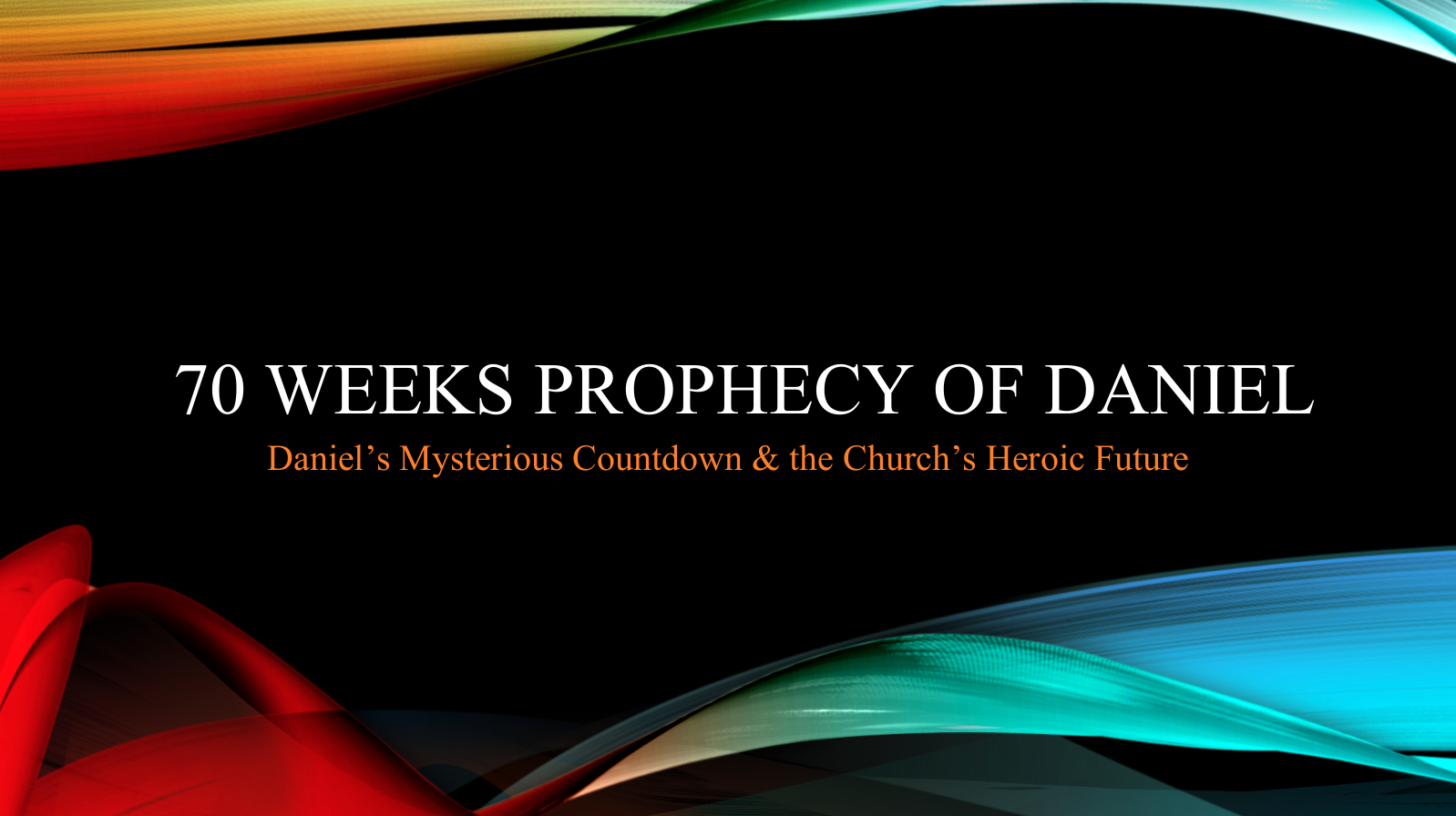 The prophecy of 70 Weeks (Shabuim) is the central Biblical proof text to show that a Hebrew man named Yeshua (Jesus) was the expected Messiah who confirmed and fulfilled the O.T. promises of a coming Redeemer. We know the message the angel brought to Daniel was so important that Satan feared it and tried to prevent its delivery.

The majority of Jewish commentators interacting with Daniel 9 before 70 AD, thousands of years before the rise of modern prophecy teaching and Dispensationalism, understood that the 70-weeks prophecy is about the Messiah and the end of this current evil age.

I hope to show that many of the stated purposes of the 70 Weeks can only be fulfilled upon Jesus’ Second Coming. There are those who claim that all the purposes must be fulfilled within the 70 Weeks and not include a “gap” period. A careful examination of Gabriel’s words to Daniel shows that God’s goals will be accomplished by means of 70 Weeks, not strictly during them: three times Daniel was told by Gabriel to seal up the prophecy until the time of the end.

The context of Daniel’s prayer was he realised Israel was coming to the end of the prophesied 70 years of captivity. Considering Jeremiah’s earlier prediction that the captivity would last 70 literal years (Dan. 9:2; Jer. 25:11-12, 29:10), it is logically consistent to also understand Daniel’s 70 weeks as a period of calendar years as well. “70 weeks” would, therefore, be 490 years, i.e. ten jubilee cycles or one “great jubilee.”